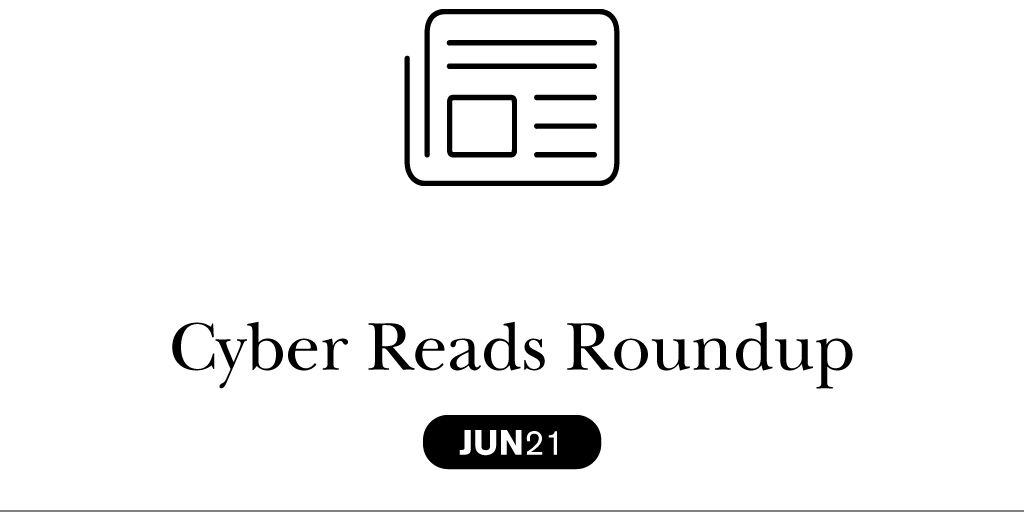 Filed under news that will surely be turned into a Hollywood blockbuster, we found out this month that the FBI, together with the Australian Federal Police, ran an encrypted chat platform and intercepted secret messages between criminal gang members from all over the world for more than three years. After seizing an encrypted platform widely used by criminals, the FBI started their own service and distributed secure mobile phones designed to run their application via criminal channels. This culminated in law enforcement agencies from Australia, Europe, and the US conducted house searches and arrested thousands of suspects across a wide spectrum of criminal groups, from biker gangs in Australia to drug cartels across Asia and South America, and weapons and human traffickers in Europe.

“This is a powerful piece of news, both for how daring and how successful this FBI and Australian Police operation has been. They created their own malicious service, which, while not a deception campaign by definition, behaved much like a deception campaign, attracting attackers and engaging the adversary.” — Member of the Development Team

U.S. President Joe Biden did not mince words with Russian president Vladmir Putin, telling him this month in Geneva that critical national infrastructure should be “off-limits” to cyberattacks. He made a reference to the 16 sectors designated as critical by the U.S. Homeland Security Department, including telecommunications, healthcare, food and energy. Putin’s response remained unclear, although he continued to claim to have nothing to do with Russia-based ransomware attacks.

“This is important news because cyberattacks today are consistently going too far. Personally, I think that the US will try to reach some kind of non-aggression treaty with Russia at some point in the future to avoid a cyber arms race.” – Fernando, Founder

As ransomware becomes big business for criminals, it’s starting to reshape the cybersecurity landscape. Key players and large organizations are all falling victim to million-dollar ransoms, and they are often cashing in on their cybersecurity insurance. In response, premiums have risen nearly a third since last year, and ransomware coverage is shrinking. In this article, a new way of facing this challenge is called for by everyone from experts in the field to insurance agents.

“Ransomware has become a business, and that means the whole industry is getting reshaped, starting with insurers. As the likelihood of getting hit with a million dollar ransom grows, cyber insurance becomes a lot less profitable. Money talks, and the truth is this could all have one upside: businesses beginning to take security measures more seriously.” – David, Founder

The director of France’s National Information Systems Security Agency, Guillaume Poupard, was featured by Le Monde in this interview. He states that he considers state hackers one of the biggest threats to French national security." His agency published its annual report on June 10, and it showed the difficulty of measuring the economic impact of ransomware, among other things. Poupard also commented on the menace to society that is ransomware, especially when targeting hospitals or local communities.

“France is always at the forefront of Europe in military and economic matters, setting the steps and rhythm of the old continent, and the presentation of this report, to which LeMonde dedicated the front page in its digital edition, shows which will be the main challenges of European countries in crime issues. Cybersecurity is not only a matter for the Administration or large companies: it affects everyone and it belongs to everyone. New technologies and new times make external attacks new and different. In the same way that the doors of your factory are not physically left open, third parties are not authorized to place cameras inside your offices, and the plans of your latest discovery are not left in view of everyone, you must take precautions with your digital information. We have to learn, as society, to lock our new “doors’.” — Alex Oier, Legal Specialist & Admin

Chris Inglis was confirmed as President Joe Biden’s national cyber director. He is the former NSA deputy director as Biden’s top cyber adviser at a time when many lawmakers are pressing the White House for a muscular response to a series of high-profile hacks. His job will be to coordinate federal agencies’ disparate work on cyber issues and oversee the development of the U.S.’ digital defense strategy. The recent ransomware attacks on Colonial and JBS have skyrocketed his position to the spotlight. The position should bring continuity and stability to the White House’s approach to cyber issues.

“The key takeaway from this piece is that it’s clear that the US government is worried about the impact cyberattacks can have on the country, and they are taking measures against them. Seeing how they explicitly mention the Colonial Pipeline and the meat processing giant JBS attacks you can see that those mega-attacks had a big impact on US security agents.” — Fernando, Founder